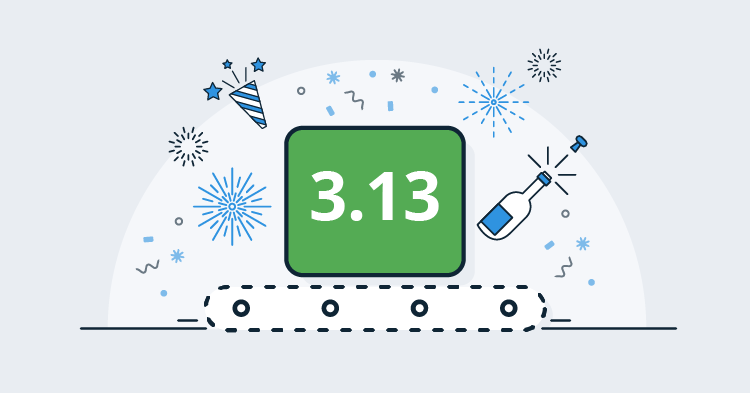 This month's release brings some exciting new features including support for Azure Service Fabric, HSTS, optional lifecycles and performance improvements, among other things!

Since the RFC earlier this year, we've been busy creating new step templates to help you connect to and deploy your Service Fabric cluster applications.

These new Service Fabric steps can now assist you with:

Both steps require connection to a cluster. As such, we've included support for security modes including unsecure, Client Certificates and Azure Active Directory.

You can learn more about these new features from our main Deploying to Service Fabric documentation.

HTTP Strict Transport Security is an HTTP header that can be used to tell the web browser that it should only ever communicate with the website using HTTPS, even if the user tries to use HTTP. This can substantially lessen your attack surface, and is frequently recommended by security professionals.

We can now send this header on demand, but as there are some potential complexations, it is not enabled by default. If you have your Octopus Server exposed on the internet, we recommend reading up on and enabling HSTS if you can.

Knocking off another high ranking UserVoice suggestion from our backlog, you can now create optional phases in your lifecycle that can be skipped during progression. This feature will help for those cases where you want to have the freedom to deploy your release to a set of environments, without holding up the deployment from continuing. Channels work well when this behaviour is known up-front and is part of a standard release pipeline, for example always pushing a hotfix release straight to UAT, but this approach is too rigid for the more fluid set of rules that optional phases functionality brings.

Loading the the dashboard can be quite a data intensive operation for the Octopus Server to perform. It potentially needs to extract all the releases and deployments for your projects, compare, sort and filter them, then serialize and return to the browser to render. On large instances this can take many seconds to complete. Each time this request is made from the client this ties up server resources for something that more often than not (considering it currently updates every 5 seconds or so) may not have even changed. Instead the portal will now cache responses for some high cost queries and only reload the data if new events have taken place on the Server. Although this feature can be disabled, it is expected that this will make the Server more responsive for all users.

Failing a script with a message

The message on the deployment overview can now be customised, refer to failing a script with a message

Have you ever deployed to Production only to have your last step "Email release party invites!" fail? Or maybe you deployed sucessfully but after some QA decided to roll back. Now you can modify the state of a task. When a task has completed with the state Success, Failed or Canceled you can edit the state from the task screen by providing the new task state and the reason for the change. Once submitted, the task state will be updated and an entry in the task history will contain an audit entry with the change. A new permission called TaskEdit is required to perform this action. By default the TaskEdit permission has only been granted to the built-in Administrators team.

Currently, when using a template for calculating release versions many variables are made available. e.g.

When using Channels, corresponding variables are made available for the current channel. e.g.

The piece that had been missing was the ability to reference the version components of other channels (i.e. not the channel of the release being created).

For example, your project may have the channels: Release, PreRelease, and HotFix. You will now be able to define a version template such as:

The use of the channel-indexed variables such as #{Octopus.Version.Channel[Release].LastMajor allows you to reference the previous\next version components of other channels.

All of the usual steps for upgrading Octopus Deploy apply. Please note there is a minor breaking change in this release around the show-configuration command. Please see the release notes for further information.

That’s it for this month. We hope you enjoy the latest features and our new release. Feel free to leave us a comment and let us know what you think! Happy deployments!