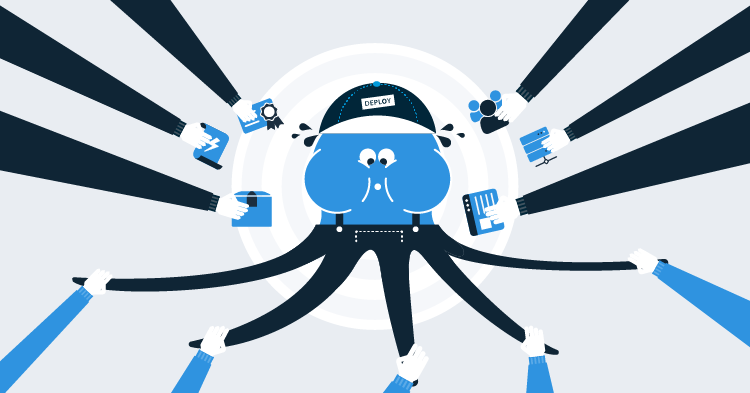 When we first built Octopus, we imagined it would be used by small teams to deploy applications to a dozen or so machines. Over time, we've seen customers scale Octopus up to many thousands of machines, deploying hundreds of different projects. At that scale, customers need their Octopus Servers to be online at all times, so we support running a single Octopus Server across a multi-node, high availability cluster.

You may have a large number of teams that have little in common. That was the case at Accenture, who standardized on Octopus across the organization, and had many hundreds of teams on a handful of very large Octopus Servers. For their scenario, it made more sense to split the big Octopus Servers into lots of small ones, effectively giving each team or handful of teams their own small, isolated Octopus Servers.

Or perhaps your organization is PCI compliant, and requires a strict separation between your development and production environments. Customers in this situation often manage an Octopus Server in each security zone and synchronize projects across the two.

The more we thought about it, the more we realized there are a few compelling reasons why you might split up your Octopus Server:

You can do all this with Octopus now, but it hurts

All of these are real-world scenarios, and our customers are dealing with them currently. In each of these cases we have found ways to get the job done, but it doesn't feel like we've solved all of these problems in a "first-class" way.

Let's take a look at some examples.

Scaling out across multiple Octopus Servers

The independent teams and scale scenarios are typically dealt with by spreading many Octopus Servers across one or more machines, often using high availability clusters somewhere in the mix.

OK, now you've decided to shard across multiple servers; you've solved some problems, but you've replaced them with others:

To solve the identity and access control problem you could use one of our federated authentication providers to enable single sign-on (SSO), but managing the rights each user is granted on each of your Octopus Servers can be painful.

You can share data between Octopus Servers using data migration, but this is complex and there is no good way to handle conflicts.

The secure environments and distributed environments scenarios are similar to independent teams and scale, but different.

Generally what is desired is a way to promote a release between Octopus Servers. Ideally retaining all the Octopus goodness like viewing the progression on the dashboard and deployments being as simple as clicking a button.

Today, this is often tackled via a few approaches:

These all work; there are many customers using them every day. But they all have downsides:

In short, they don't solve the root problems in a way that we are happy with.

Can you imagine a tool which lets you manage identity, access control, upgrades, and information sharing across an entire farm of Octopus Servers? We can! 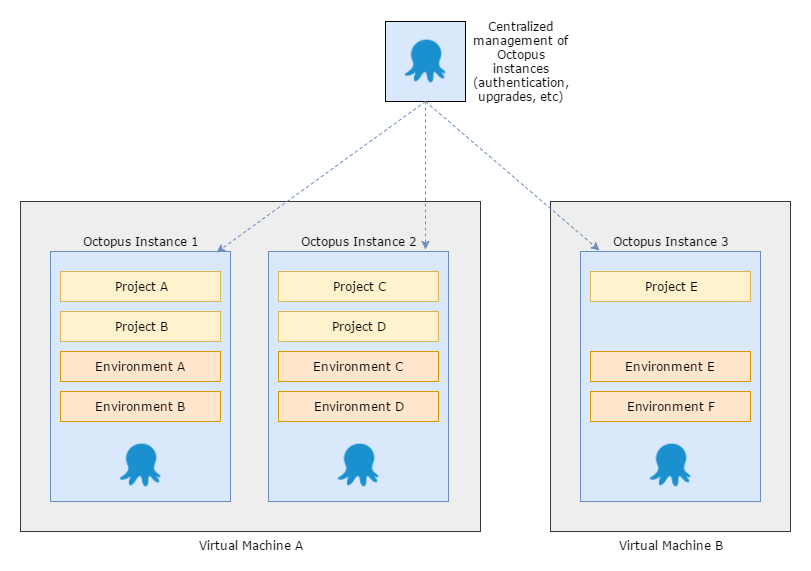 Can you imagine promoting a release from one Octopus Server to another, and seeing the deployment results flow back across, even if the servers are completely disconnected? We can imagine that too! 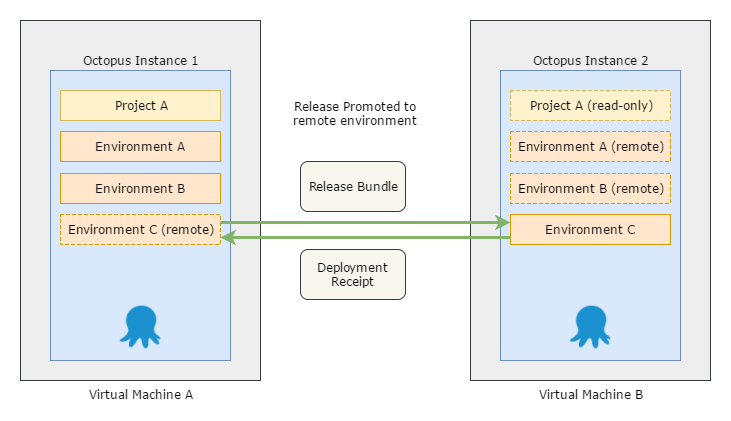 At Octopus HQ we have been thinking about the next major release of Octopus Deploy: version 4.0

A primary focus of this release will be addressing the scenarios introduced above, and we are going to delve into much more detail in posts in the coming weeks.