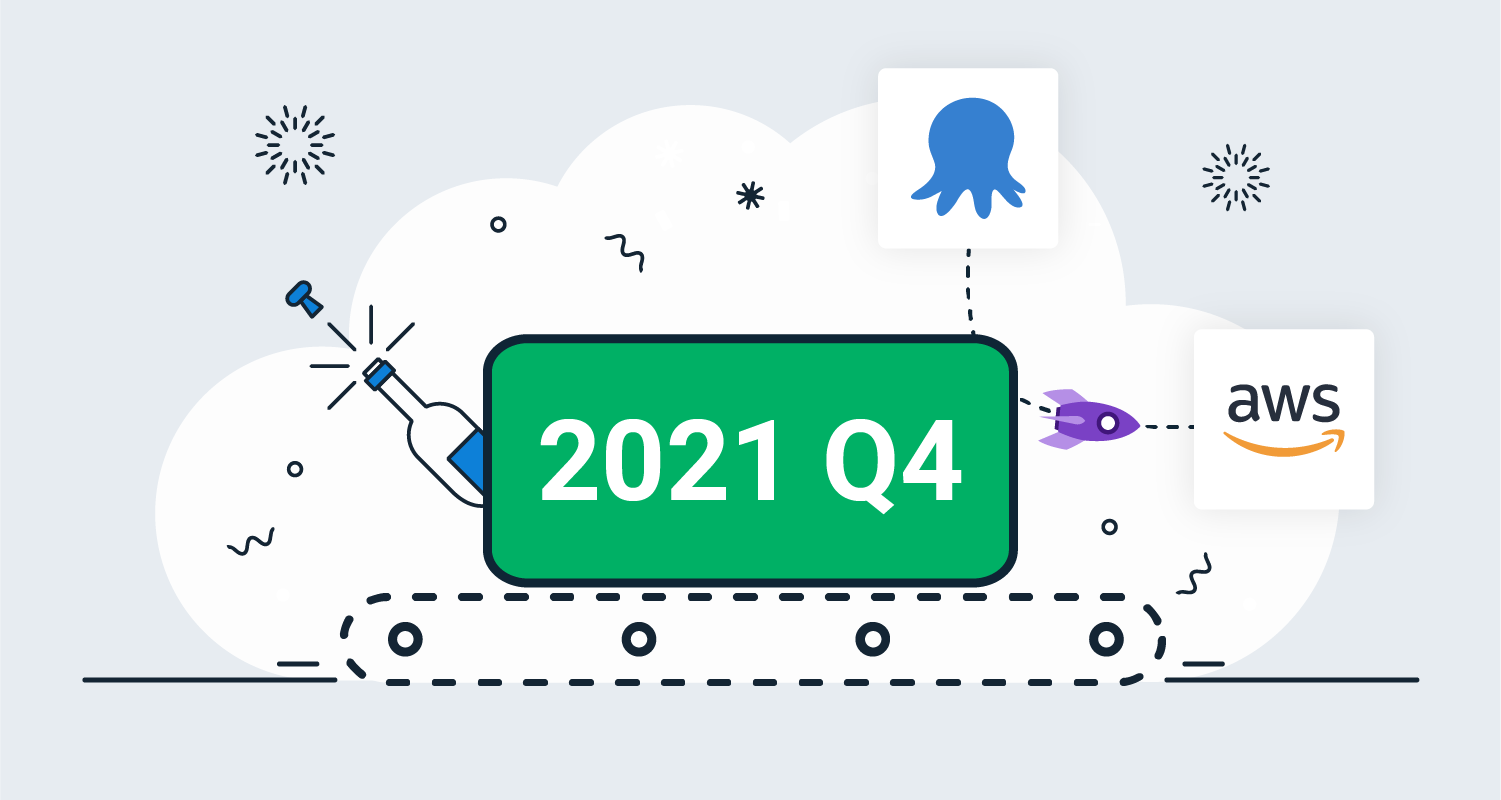 Built-in support for Amazon's Elastic Container Service (ECS) will make your ECS deployments easier. Our opinionated UI step guides you through the setup and builds the CloudFormation template, so you don't have to write configuration files or custom scripts.

This release includes some other noteworthy updates:

Included in the Q4 release

Our new Amazon Web Services (AWS) ECS integrations make it easier to get started with ECS or deploy a new service through Octopus.

This release delivers the first integration milestone plus an update to the existing Deploy an AWS CloudFormation Template step: 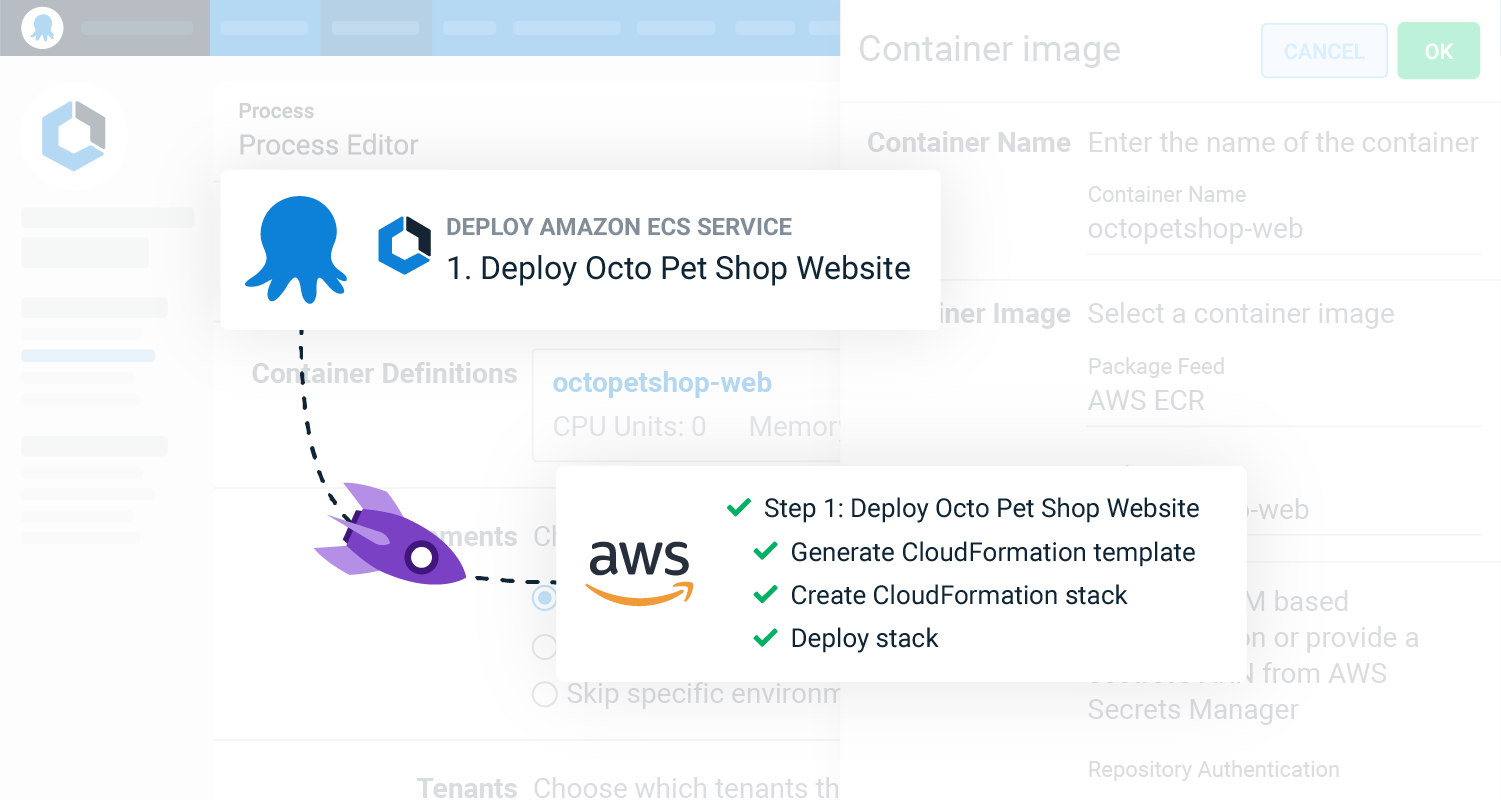 The new ECS step guides you through the configuration and produces the CloudFormation YAML based on your inputs.

When you outgrow the guided UI step or need more flexibility, you can expose the underlying YAML and paste it into the Deploy an AWS CloudFormation Template step.

Our goal is to help you achieve repeatable, recoverable, and auditable ECS deployments. Learn how these features can save you time and minimize manual configuration by reading our AWS documentation.

We're developing more features for milestone two and expect to release them next year. Watch our blog for updates.

Now you can script tasks with Octopus Deploy using an accessible, familiar programming language regardless of the systems you use with Octopus. 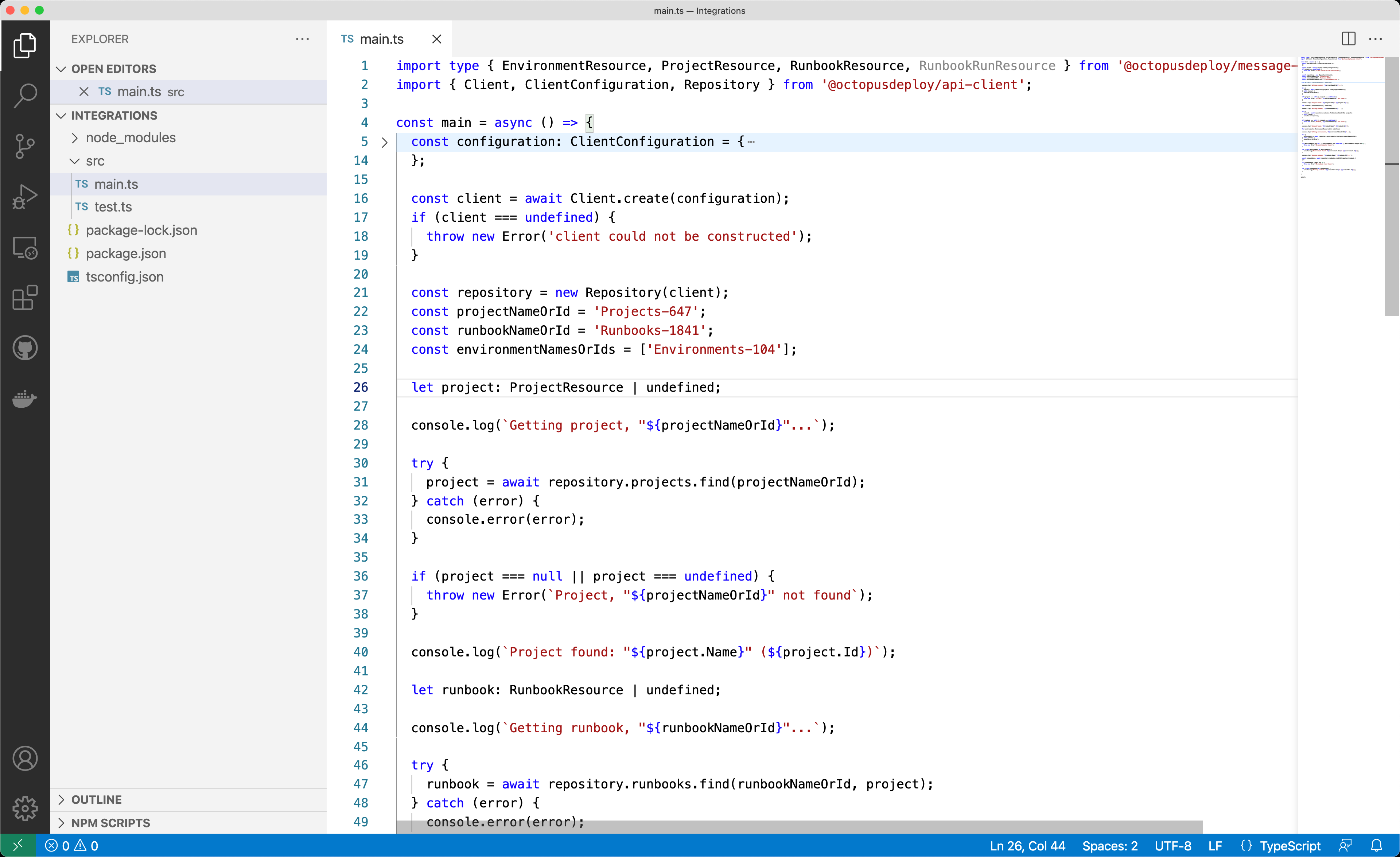 Our API supports all of the actions you can perform with the Octopus web portal and Command Line Interface (CLI).

Here are some ideas to get you started:

Learn more about the TypeScript API client in our getting started guide, reference documentation, and documented API examples. You can download the client through npm.

The Configuration as Code early access preview (EAP) is available to all customers. We combined the usability of Octopus with the power of Git so you can evolve your deployment process alongside your application code. 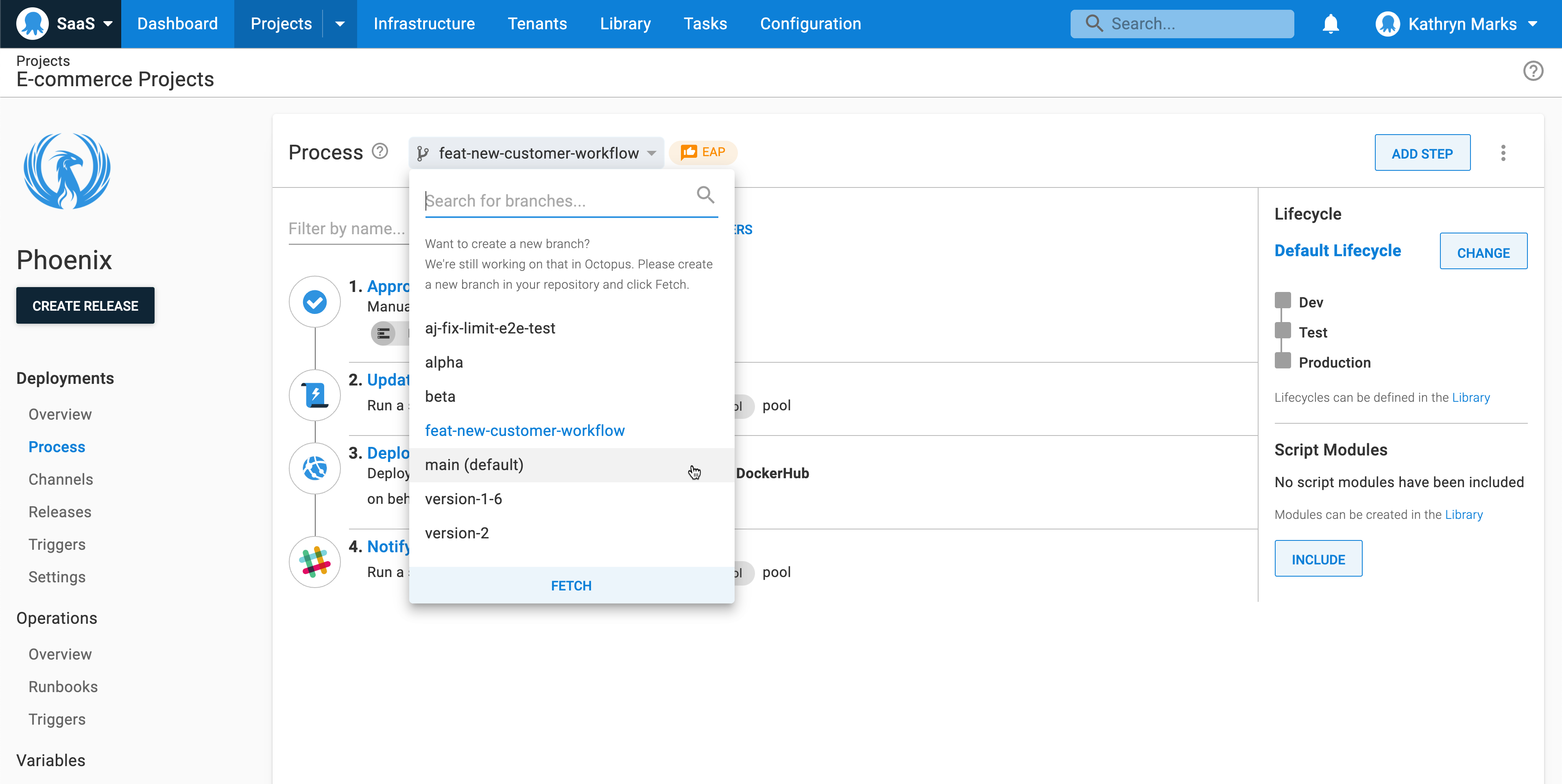 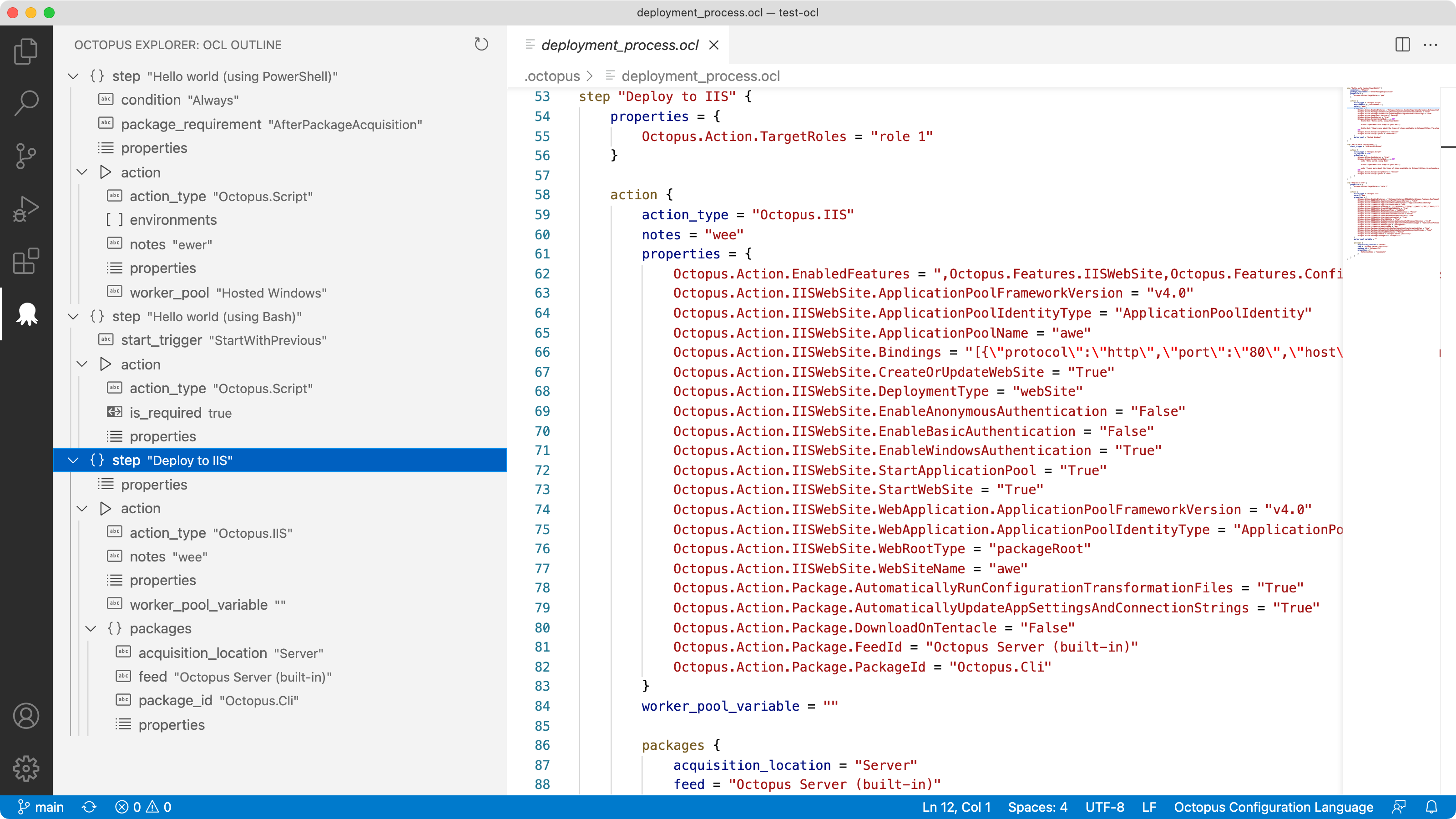 This quarter we delivered improvements to existing integrations:

New default behavior for `GET machines/

We added runbook run activity to the deployment target screen. In support of this change, GET machines/{id}/tasks now returns both deployments and runbook runs. You can specify a type parameter to filter the results: Deployment or RunbookRun.

Calamari can execute on the Mono framework. We recommend 5.14.0 as the minimum version of Mono for running Calamari.

Learn more about this change in our SSH target requirements documentation.

We recommend 11.3.3453 as the minimum version of the Octopus .NET API client for interacting with Octopus Server 2021.3.

Customers who use the Octopus .NET API client to work with teams, roles, and permissions must use version 11.3.3453 of the client (or newer) to ensure compatibility with Octopus Server 2021.3.7491 and newer.

Upgrade or get started

Octopus Cloud users are already running this release. Self-hosted Octopus customers can download the latest version from our website.

We encourage you to review the steps for upgrading Octopus Server. Please see the release notes for further information.

If you've never used Octopus before, sign up for a free trial or email our customer success team to see a demo and learn more.

Check out our public roadmap to stay informed and register for updates.

Octopus 2021 Q4 delivers the first milestone of our centralized support for Amazon ECS.

This release also includes the TypeScript API client for Octopus and a collection of new and improved integrations with other platforms.

We look forward to shipping more great features in the next release.

We'd love to hear from you with any questions or comments. You can leave a comment below or join the conversation in our Octopus Community Slack.