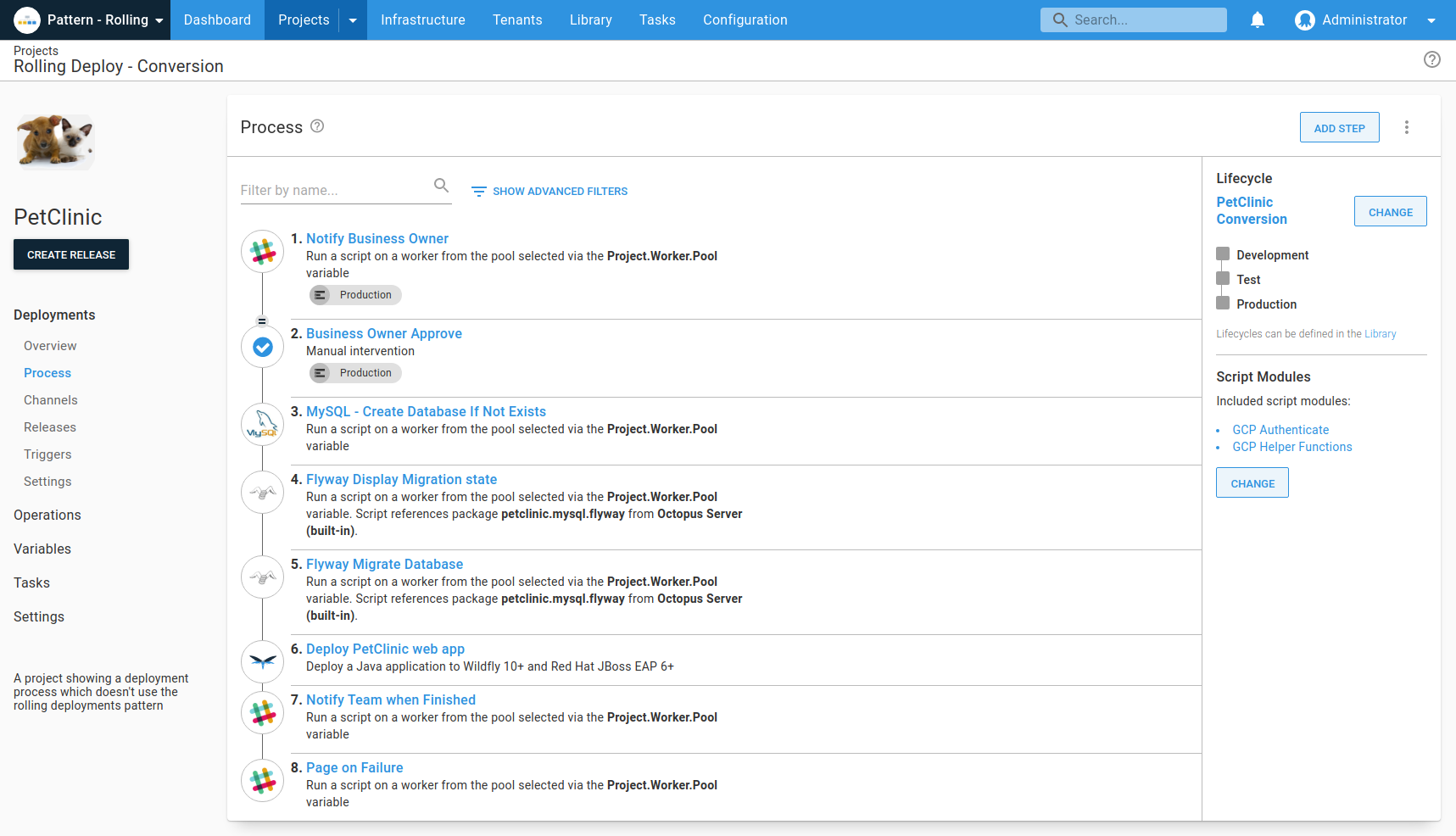 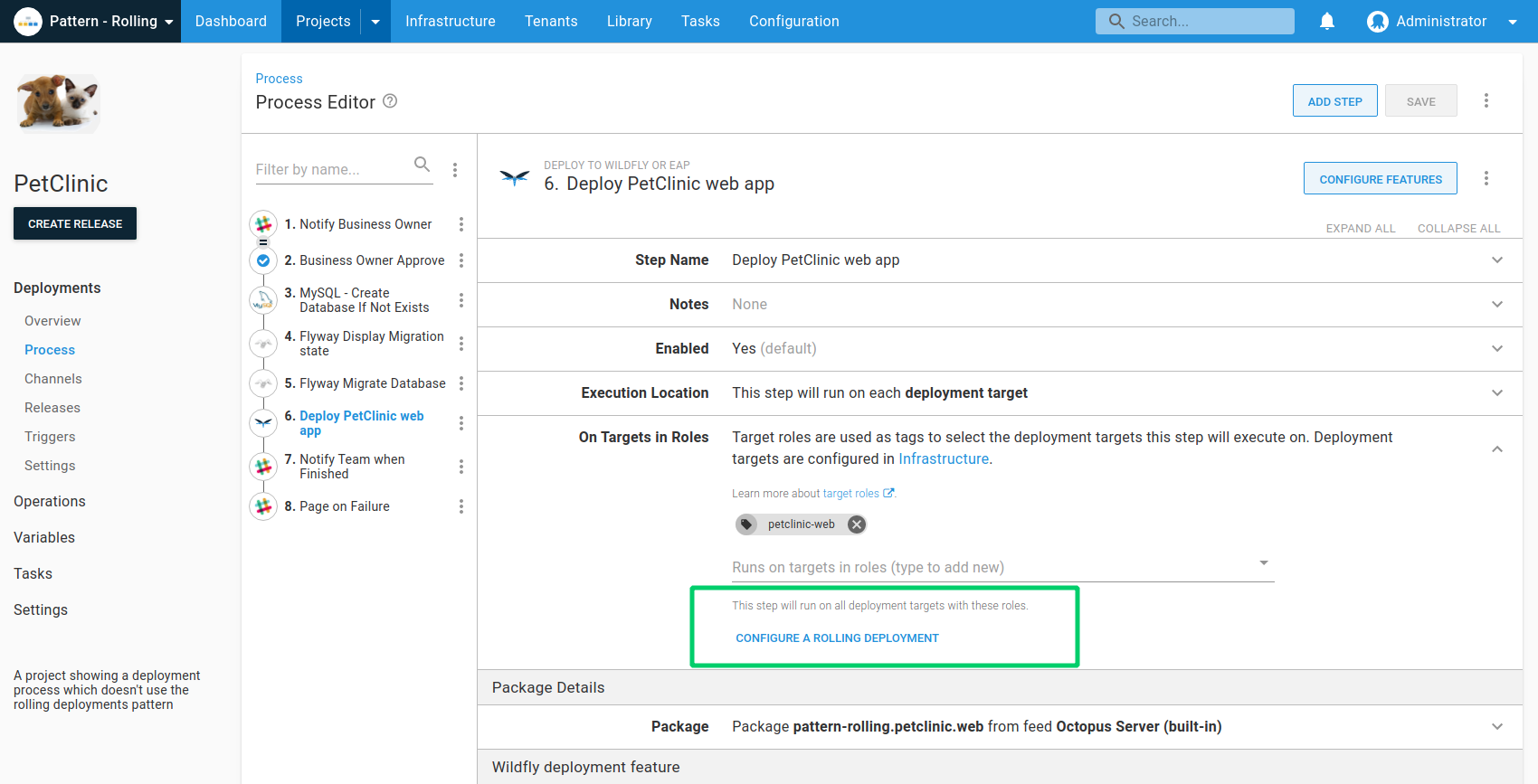 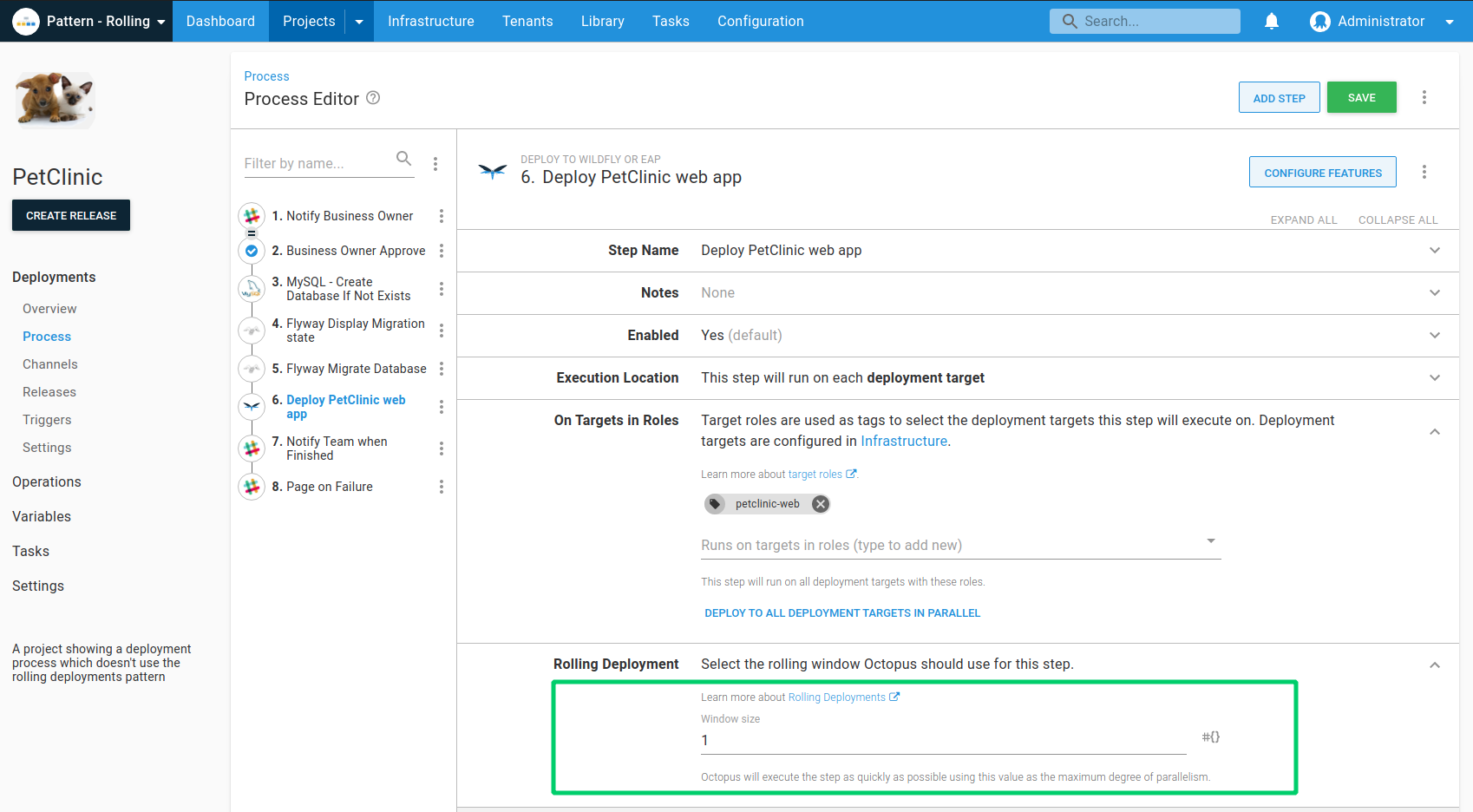 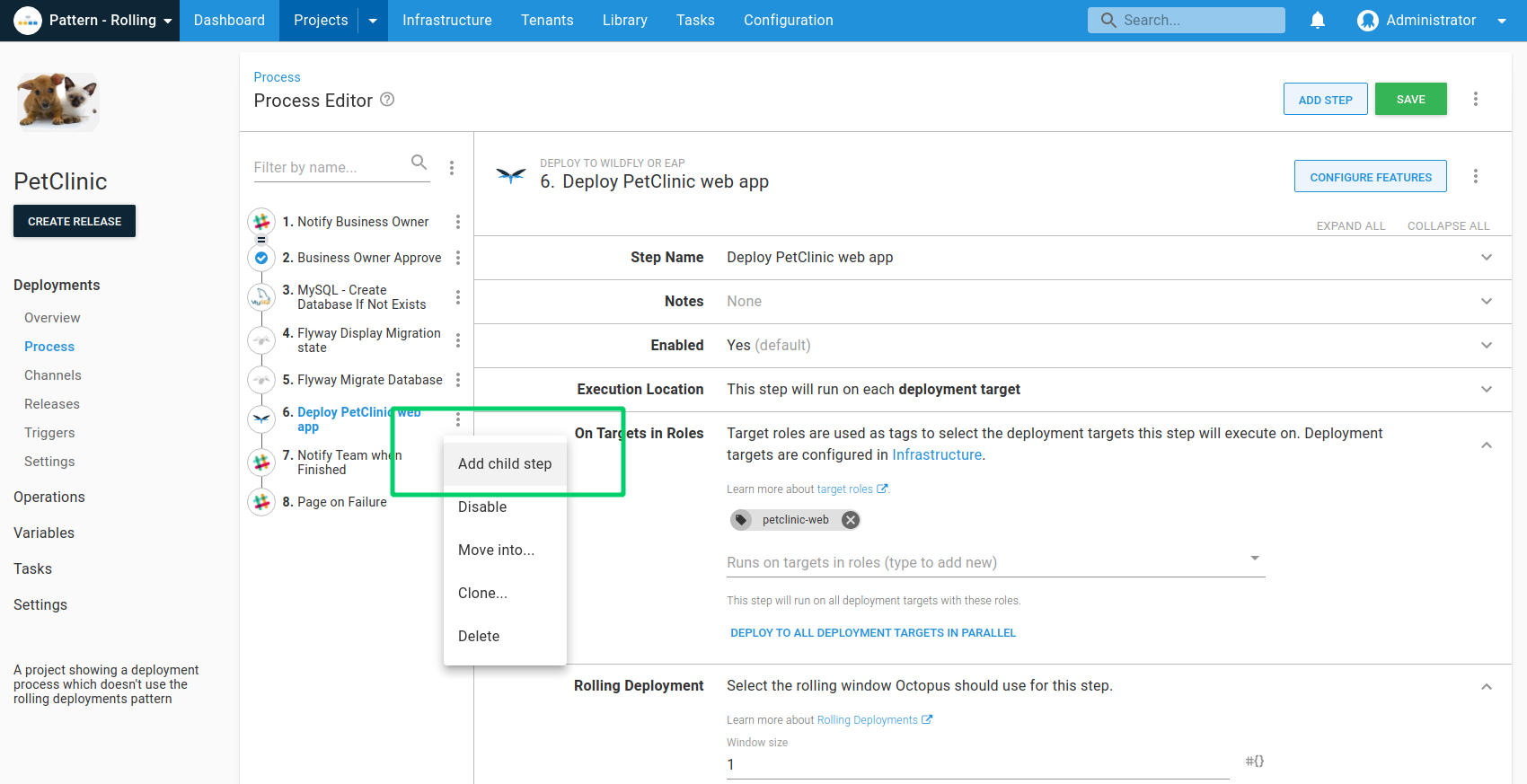 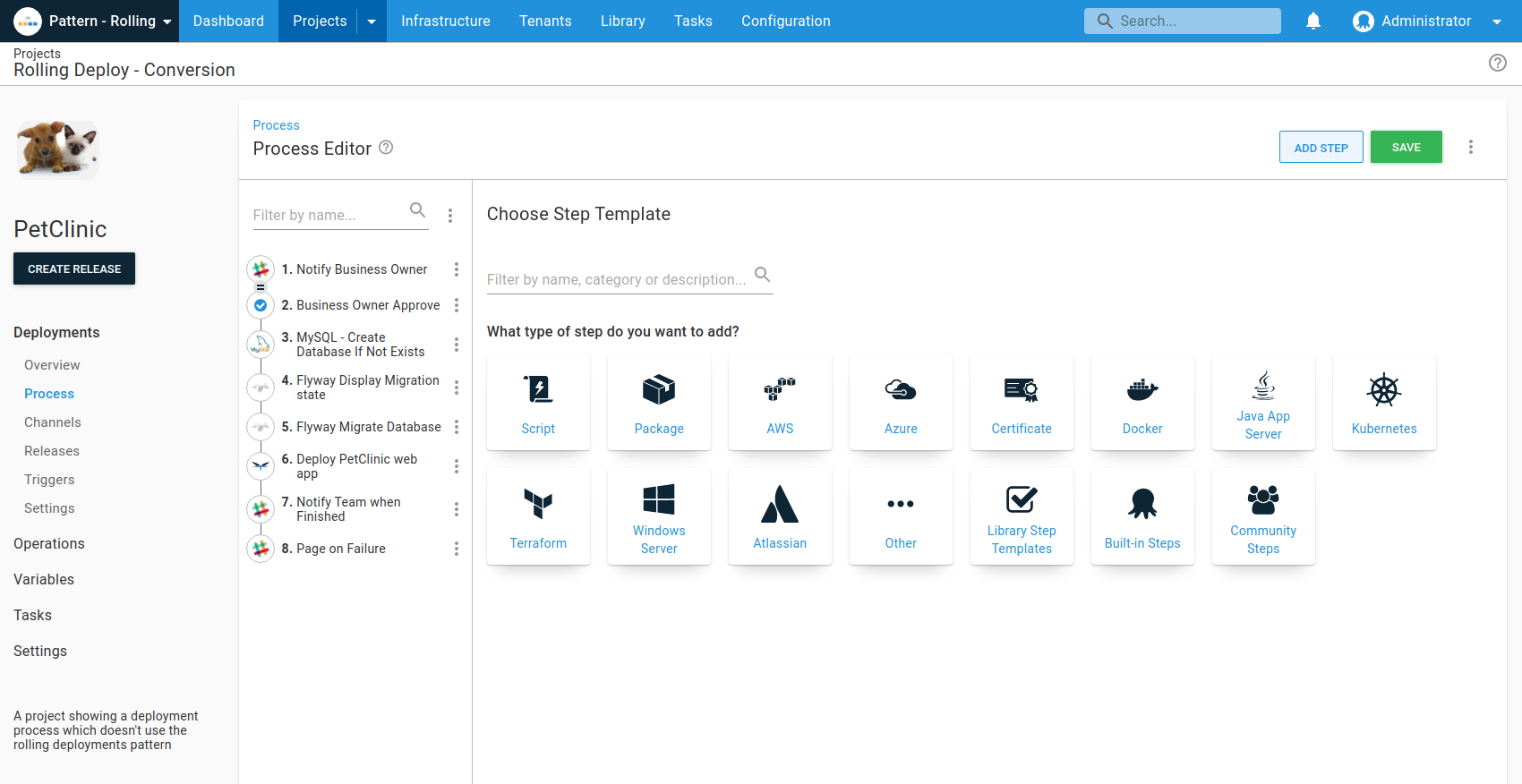 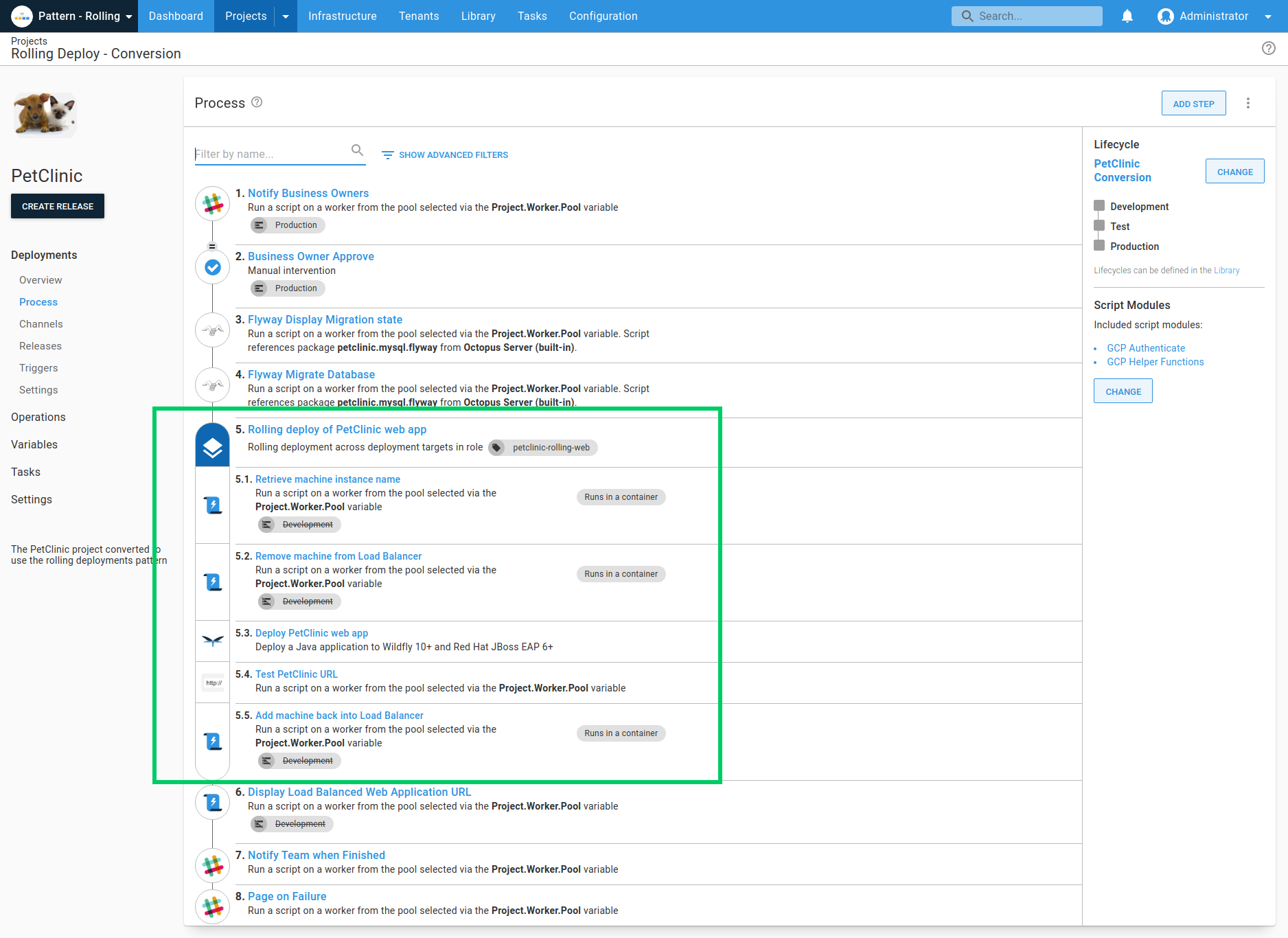 For example, if you are deploying a web service update to a web farm in a rolling deployment, you could sanity test the service in a step called Sanity Test Web Service. This step would run after the update step and set the service status in an output variable:

In a follow-up step, you can add it back to the web farm if the service status is positive with a machine-level variable run condition:

Octopus will evaluate the value of the Output variable indicated by #{Octopus.Machine.Name} individually as the value will be specific to each machine in the rolling deployment.

Guided failures work perfectly with rolling deployments. If your deployment fails to one of the targets in your rolling deployment you can decide how to proceed. Imagine a scenario where you have three web servers in a load-balanced pool: Web01, Web02 and Web03: